Many other people have written about how to be on Academic Twitter, but imo they make it sound way more serious and scary than it actually is. Using Twitter as part of your academic work doesn’t have to be high-pressure or stressful, especially if you’re a grad student!

When I talk about Twitter with my fellow graduate students who aren’t on the bird app, I hear one of two things: either “Twitter is a cesspool” or “I want to be on Twitter, but it feels overwhelming.” This post is for you if you fit in either of these camps! While I can only speak to my experience with using Twitter as a graduate student, I think it’s a great tool for academics at any career stage. I’ll talk through why Twitter is great, why it sometimes sucks, and give you all the real advice you need for getting started on Twitter in a low-pressure way.

Let’s start with the pros– why joining Twitter is a good idea if you’re an academic (and ESPECIALLY if you’re a graduate student!)

Twitter is where Things Happen. It’s an amazing way to learn about what is happening beyond your institution.

If your department is set up anything like mine, you’re probably on a couple of listservs that get announcements about grants, events, talks, etc. sent to them. And you probably ignore like 75% of those because they don’t apply to you or are really far outside of your areas of interest. And depending on your focus, you might be the only person at your department or institution that works in your time period, region, etc! That can feel lonely. Twitter lets you get in touch with people who are interested in the hyper-specific things you work on and broader scholarly communities outside of your institution.

But that feeling of connection isn’t the best part of Twitter for me.

That said, it isn’t all good. Twitter has a negative reputation in some circles, and for good reasons. If you aren’t careful about curating your feed, it can be come a very negative and divisive place. It can also become a time suck if you let it!

Like the rest of Twitter, Academic Twitter occasionally (okay, often) fills up with petty “discourse” and lukewarm hot takes. Every couple weeks something new really “makes the rounds” and you might not be down for the online drama.

Being surrounded by negativity like that can be draining, but your Twitter experience doesn’t have to be that way. I’ll talk about how to curate your feed to mitigate some of these issues later in this post!

Okay, maybe you’re convinced that being on Twitter is likely more beneficial than detrimental for you. Where do you start? In this section I’ll talk through some of the questions I’ve been asked by my friends & colleagues about getting starting on Twitter.

Step one, you need an account! That involves picking a username/handle– the thing that’ll be your @ on Twitter.

A lot of folks recommend using your real name, and I personally have my real name @lizfischer0 as my username, but you do not have to use your real name on Twitter to use it successfully as an academic. I follow several folks who are fully anon on Twitter and it’s totally fine.

I also know a lot of folks who have their real name as their name but have a more general/vague username. You probably don’t want your handle to be profane, but other than that there’s really no rules!

If you choose to use your real name on Twitter, it’s very likely that your Twitter will come up in a Google search of your name. Twitter ranks highly in search engines. That’s either a plus or a minus depending on your goals, so be aware of that when making your decision.

Crucially though, you can change your handle down the line if you want. So you can always start more anonymous and change it if you want! (or the reverse)

Maybe you already have a Twitter that you use for shitposting about politics. Maybe you’re thinking “Should I make a separate account to be my ‘professional’ account?”

I’m of the opinion that you don’t need to keep your “professional” account strictly professional. I and lots of academics I follow tweet about interests outside of work. I tweet about crafts and video games a lot! And it’s been cool to find non-work things in common with “work people” via Twitter.

Some folks I know keep separate accounts and love it, too. It’s really a matter of personal preference more than anything. Some folks don’t want their students or advisors to know too much about their personal interests, so they separate those worlds.

Speaking of students, you should NEVER tweet negative things about your students. ESPECIALLY not from an account with your name on it. It can be tempting to use Twitter as a place to vent. But students Google you. Students will find your Twitter if it’s public. They will see you saying hurtful things about them. DON’T DO IT. I have not always followed this rule myself but I am now committed to it 100%. You should be too.

By default, all tweets are public. BUT, it doesn’t have to be that way. You can protect your tweets so that only your followers see them. If your tweets are protected, you can approve or deny requests by others to follow you, giving you a lot more control over who can see and retweet your posts. Check the Twitter help section for the full nitty-gritty.

If you don’t want to protect your tweets fully, you can block specific people from seeing or interacting with you on Twitter. They won’t be notified you blocked them, but if they try to access your profile they might figure it out. You also won’t see their posts, which makes blocking an important part of curating your feed.

I think for a lot of folks, especially those early in their career, figuring out who to follow is anxiety inducing. The truth is you don’t need to be following all the right people, and definitely not right away. Here are my tips:

The list of people you follow will grow naturally if you start slow! Try the things above, but don’t put hours of your time into it.

Throw out the bad

I learned to think of my social media feeds as places to be actively curated from the amazing Brianne Huntsman:

Your Twitter will only be awful if you let it stay awful.

Mute specific words you don’t want to see and block people you don’t want to interact with. For example, I have terms related to diet and weight-loss muted, because I don’t need that energy in my life! And I’ve muted more than one “senior academic” who I didn’t want commenting on my posts. Some for so-called “good” reasons, some just because I didn’t like the vibes they were bringing. You’re allowed to block people, even if they’re “important”! Your Twitter is supposed to work for you, so shape it into a place that will be positive for you.

Update! I got a question about muting people vs. blocking people. Like, if you see someone leaving mean replies on a thread and you don’t want them being mean to you, do you block or mute the person before engaging? Here’s what I think:

For a long time, I used Twitter primarily to lurk. I think there’s a lot of value in lurking, and you do not need to tweet to get a lot out of Twitter.

If you do want to Tweet, don’t fret too much over what kinds of things you tweet. You’ll naturally find your people if you tweet about things you think are interesting. Not every tweet will get a lot of engagement, and that’s okay!

It might take some time to learn the nuances of Twitter communication, like how to use threads or @ tag people in a helpful way. As a shortcut, I really recommend reading this post by Paula Curtis. She talks about how to give sources for your information, how to retweet, how to use hashtags strategically, how to be the person live-tweeting from an event, and how to not be an asshole. Everything I could say about the mechanics of how to Tweet, she says better!

To round out this post, here are my personal recommendations for who to follow on DH twitter. I work a lot with medieval and early modern materials, so these lists skew that direction!

That’s it! That’s how I use academic Twitter, and all my advice on getting started. I hope you have found this post encouraging and/or helpful as you consider whether or not to join. If you’re an established twitter user, who are your DH follows? Share the love in a comment! 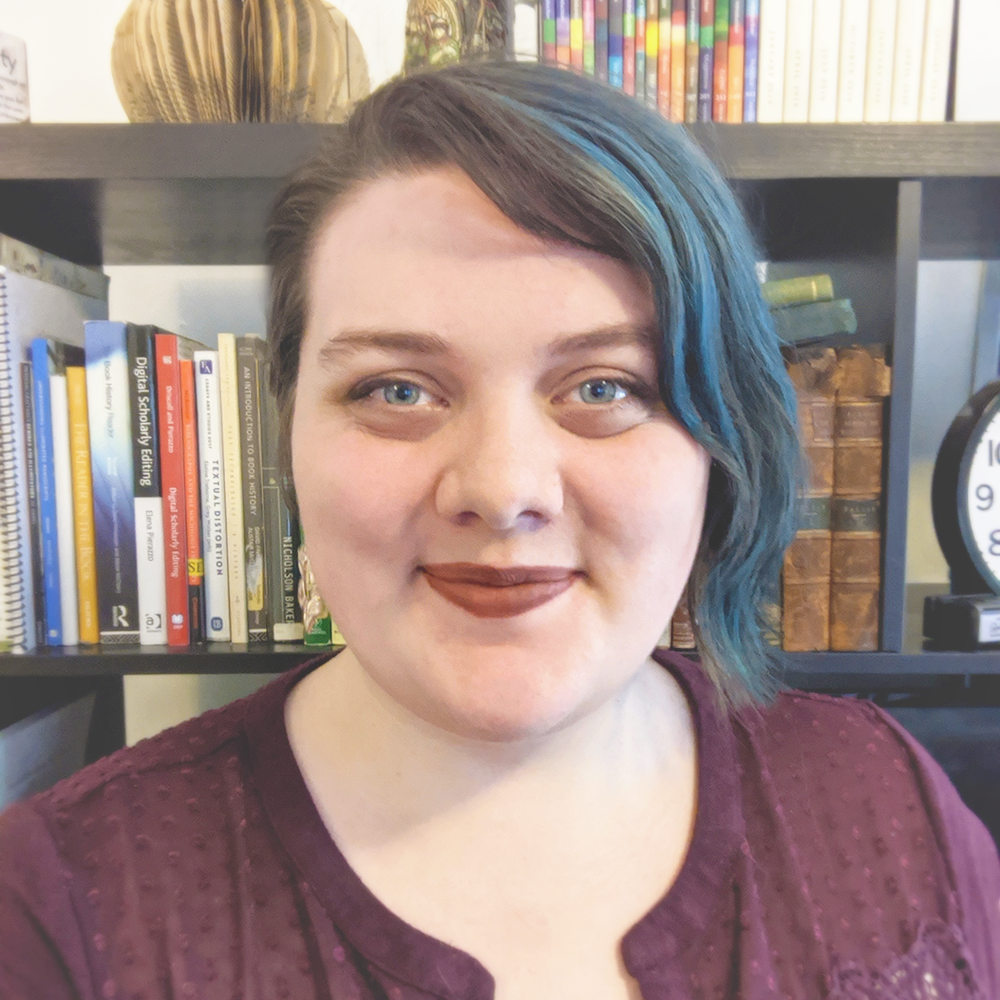 Welcome to DH It Yourself, a blog celebrating the DIY spirit in digital humanities scholarship.